While We Were Busy with Prosperity

I address this post to my peers - to my liberal, driven, University-educated and multi-cultural counterparts.

Like most of you, I spent the day of Donald Trump's election in a state of disbelief, paralysis and exasperation. Like many more, I had several long, critical conversations about what had just happened and where we go from here. In one conversation, a friend exclaimed:

I, admittedly, live in a bubble: I know no Trump supporters. You, Will, have a diverse group of friends: surely you know a few.

While my peers are very diverse in race, culture, gender and geography, I don't believe a single one voted for Trump.

As it is now so grippingly clear, these people do exist, and in numbers! They are blue collar workers. They are white men and white women from Middle America. They are Latina females in Florida. They are tailgaters at Penn State football games. They are critical thinkers from Ohio. And I don't know a single one. 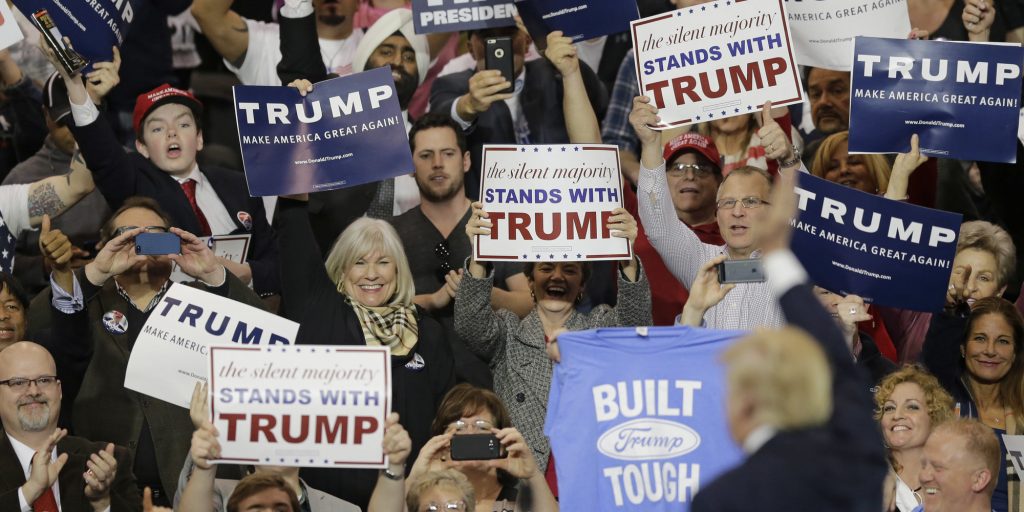 We have spent our adult lives in swift, upward mobility. We went to strong Universities because we went to strong high schools. For many, our parents paid for our education, leaving us as debt-free graduates with little existential challenge beyond navigating the subway map. Thereafter, we moved to great cities and found great jobs. We traveled internationally. We learned to speak Russian, to play the viola, to build ceramic pots on the weekends and take pictures with a DSLR. Moreover, from birth, we were taught that education, self-diversification and intellectual curiosity were normal and cool. Simply, we were taught how to dream.

So, while we were busy with prosperity, what was the average American doing?

First and foremost, I hardly know. (This, I now resolutely realize, is a major problem; much more on this below.) However, at peripheral speculation, I'd posit the following:

The average American is in the throes of a rapidly changing world and isn't sure how to react. This is an honest, decent taxi driver who's lost her job to Uber or a factory worker who's lost his job to a machine.

The average American is a judicious high-school graduate without the resources to attend a strong University, and thereafter obtain a well-paying job. Vacation, mobility, and even food security are not promised.

The average American is a nurse with no idea why they are working 20-hour shifts 4 times per week.

Finally, the average American is an honest citizen who expects their government to facilitate a reasonable quality of life, whereby with average work ethic, average ambition and average creativity one can live a healthy, comfortable, average life.

To me, this seems incredibly reasonable. As we know, this is less and less our reality. The last few Presidents have done very little for these people. They are rational, and they wanted something new. That is a simplified explanation as to why a reckless and woefully under-prepared Donald Trump now finds himself in the most powerful office in the world. So, what do we do from here?

Let's get to know each other

First and foremost, it is now brutally apparent that we must get to know the other side. Education is power, right? When we want to solve a problem, we first learn as much as we possibly can about the subject in question. Novelly, however, this process may be particularly and incredibly challenging when the object in question spits at your very existence: am I really meant to dialogue with someone flying a Nazi flag? Here, I'm saying yes. I'd like your thoughts as well.

Bigotry is but a vehicle for blame

We roil Trump and his base for bigotry, but bigotry is but a vehicle for blame. Blame for what, though? For the problems outlined above - for the increasingly elusive promise of a comfortable life for the typical citizen. Trump was elected because he represented a sidestep from the American politics that have underserved our masses for the last quarter-century. Throughout his campaign, he resonated with those people who had real problems that needed solving, all the while using immigrants and minorities as a scapegoat.

Simply put, the American government is to largely blame for these problems - for perpetuating serving-to-few policies on wealth distribution, education and healthcare. Furthermore, if these problems didn't exist, I personally doubt that the people that screamed "time to go home, Apu" to a Google engineer in Silicon Valley yesterday would harbor blind hatred towards anyone at all, let alone complete strangers.

On average, lawnmowers kill 35 times more people annually than "Islamic jihadist immigrants;" when I hear fears of the latter, I chuckle in basic rationality and instead fear my chances of crossing a Manhattan Avenue. On the same note, we must realize that the scary individual who spray-painted "Sieg Heil 2016" in downtown Philadelphia on the 78th anniversary of Kristallnacht is an extreme minority, and while this case and any case of hate and bigotry should be treated extremely seriously, there is not (yet) reason to start running for the hills. Conversely, I would submit that the overwhelming majority of Trump's base is a rational and welcoming human like most of the world, motivated by little more than frustration and basic human selfishness, i.e. wanting the best future for yourself and those you love.

This comes from my friend Adrian, and admittedly, I didn't initially understand what he meant.

In times of "crisis," people are incredibly willing to taking meetings, take phone calls, hear ideas and share their own. We, liberals, now realize there are real problems in our country that we, capable and creative, can perhaps work to solve.

The majority of the country voted for Hillary

Let's not forget this. Furthermore, the millennial map was blue, blue and blue.

I frequently discuss geopolitics as a point of hobby. However, I've never involved myself in the political process. Presently, I live in Morocco. Let us remember - for as much as I and we offer our thoughts and ideas - talk is very cheap. None of this matters if we don't actually do something. If we don't build tools for education. If we don't facilitate communication between diverse groups of people. If we don't take time out of our days to actively learn about those that supported and support our to-be President, no matter how gut-wrenchingly challenging that may well be.

As a point of closure, if you take any issue with this post, please let me know. Please tell me I'm ignorant of American realities. Please tell me I'm willfully blind. This is the point. Educate me and let's educate ourselves. No problem was ever really solved without first deeply understanding the problem itself. I, for one, have a lot of things to learn about half of the country in which I was born.