I recently finished building a web app that recommends travel destinations. You input a country, and it provides you with 5 other countries which you might also enjoy. The recommendations are generated via a basic application of collaborative filtering. In effect, you query for a country, and the engine suggests additional countries enjoyed by other users of similar taste. The methodology is pretty simple: 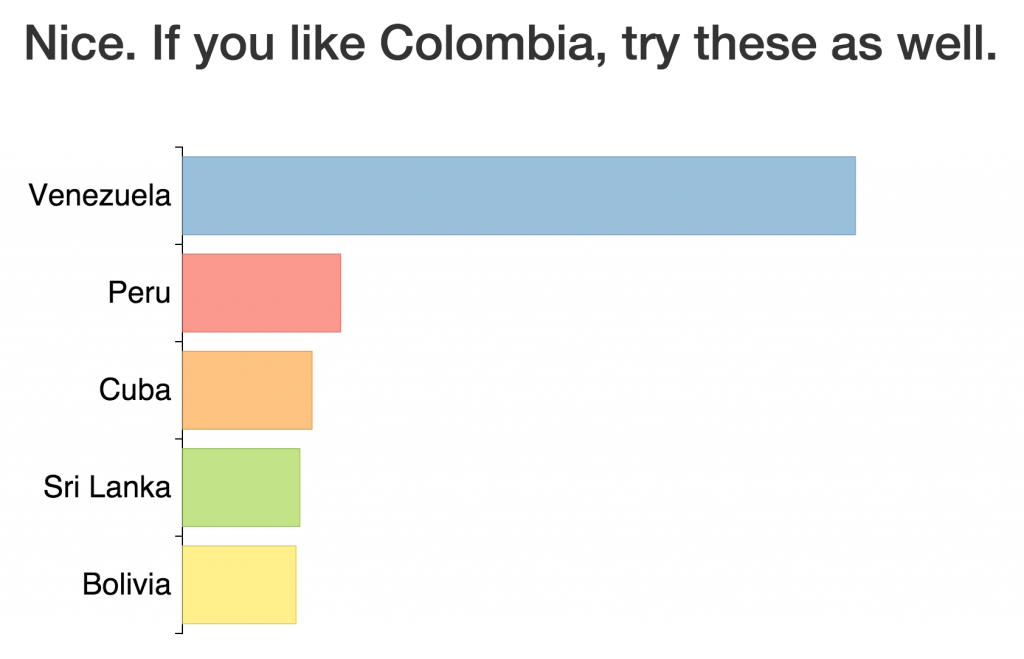 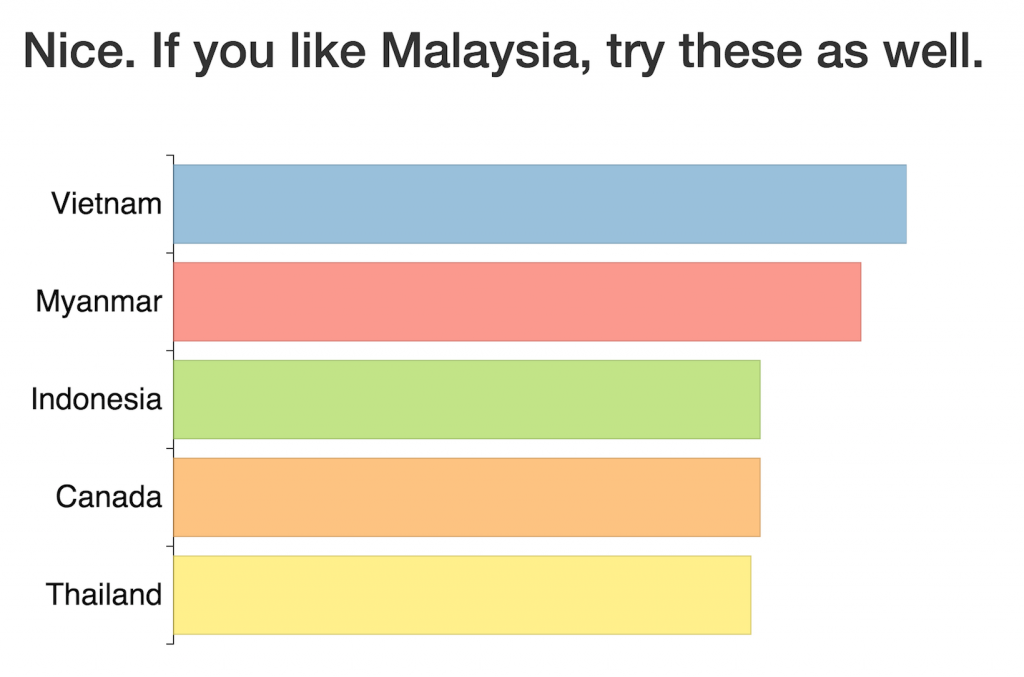 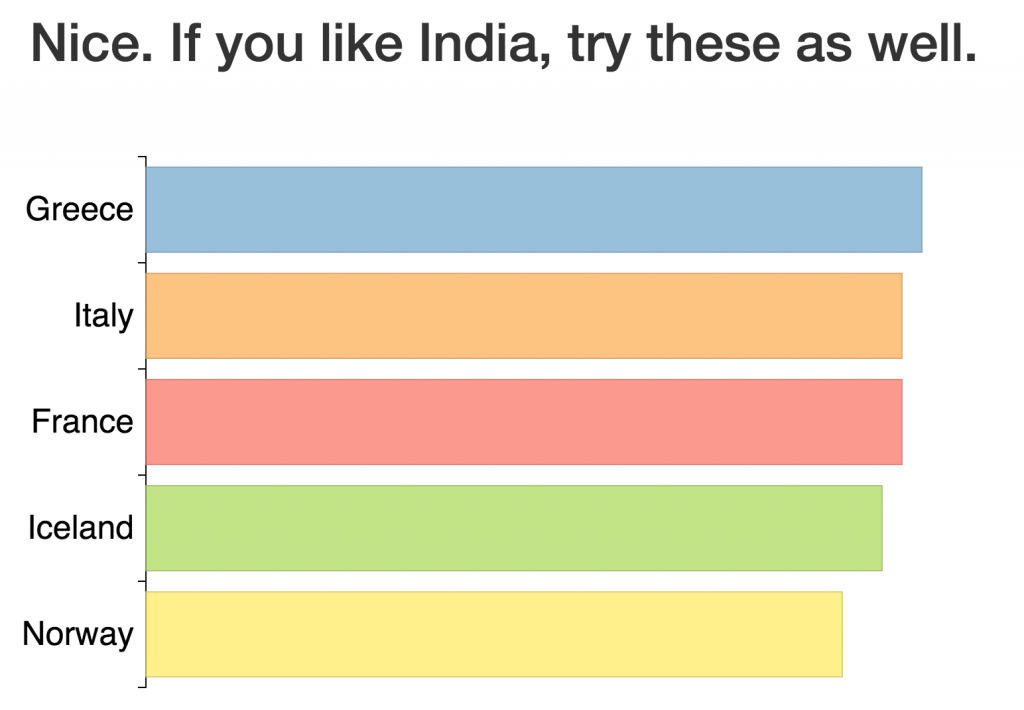 Strange one, maybe? Then again, all countries - especially Greece, Italy, and France - are universally popular travel destinations, just like our query country India. As such, it's certainly conceivable that they were being promoted by similar users. We'd want to read the tweets to be sure.

Moving forward, I plan to implement a more robust similarity metric/methodology. While a Jaccard similarity is effective, it's a little bit "bulky": most notably, being a set similarity metric, it doesn't consider repeat tweets about a given country. For example, if User A tweeted 12 times about Hungary and 1 time about Turkey, a Jaccard similarity would consider these behaviors equal (by simply including User A in each country's respective set). As such, a cosine-based metric might be more appropriate. See here for an excellent overview of possible approaches to a "people who like this also like" analysis.

Once more, the app is linked here. In addition, the code powering the app can be found on my GitHub. Backend in Scala, and front-end in HTML, CSS, and native JavaScript. Do take it for a spin, and let me know what you think!